HISTORY OF THE GARDEN

Kilver Courts three and a half acre garden was created at the beginning of the 1900's by then owner Ernest Jardine (1859 - 1947). A progressive industrialist, Jardine ran a lace-making factory on the Kilver Court site and created the garden as a recreational space for his employees. Jardine's 'model factory' garden became known as 'Jardines Park' and was used as a place of recreation and relaxation for the busy, factory workforce.

Find out more about Ernest Jardine below...

By 1907,  Jardine had employed 128 people and produced machinery for his lace-making business. The mill became a real community, with Ernest providing recreation rooms for his workers, as well as introducing a pub, the Ship Inn, to the site and even a school house for the workers' children to attend. The old school house (right) is today recognisable as the Mulberry Factory Outlet shop. At the back of the factory, Jardine restored the existing mill pond, transforming it into an ornamental lake with a small rowing boat for the employees. Fruit and vegetables were grown to provide lunchtime meals and allotments were created to encourage workers to grow their own food. 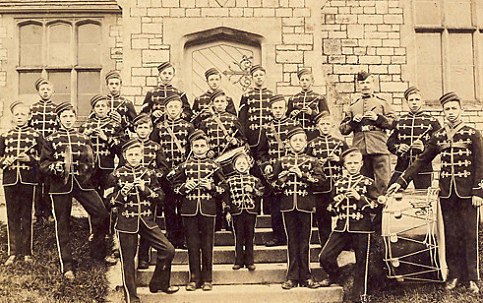 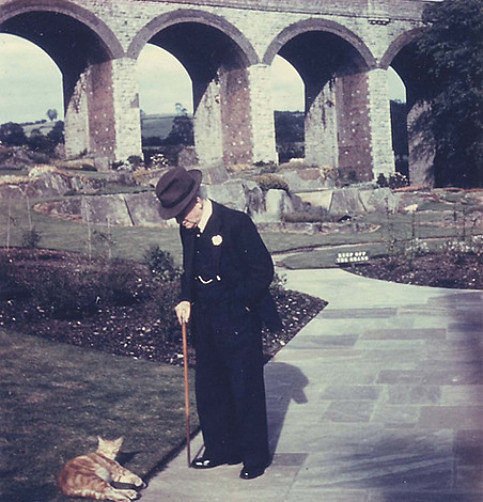 The Showering family have made cider in Shepton Mallet for over 200 years, and set up their first brewery at the former Ship Inn which sits at the front of the Kilver Court site. Part of the original brewery in Kilver Street still remains and is used for cider making. The Great Grandfather of the present Showering generation acquired the land on Kilver Street in 1843 and Francis Showering joined the family business in 1929, producing the experimental drink 'Babycham' in 1947.

The success of the new drink prompted massive expansion and Showering's acquired the Kilver Court buildings, which sit alongside the River Sheppey, as an additional production site.

Jardine's Park and mill, which were lying empty, were obtained during further expansion in the late 1950's. Francis Showering oversaw the landscaping of the gardens and, in 1961, based his designs on the Chelsea Flower Show gold medal winning garden by George Whiteleg - who came himself to oversee the project.

In 1996, Roger Saul bought the site as the headquarters for his brand Mulberry so employees, buyers and clients could visit and preview the new season’s collections in the beautiful setting of rural Somerset. It was at this time that Roger opened the gardens to the public for the first time in their history, the gardens, which were known locally as “The Secret Garden of Somerset”, were over 100 years old and never been seen before.

From the very beginning of Roger’s custodian, Kilver Court has become a place where fashion meets flora and fauna. Drawn to the wonder of change, Roger and his team have endeavored to create something new with natural and sustainable spaces to help and inspire garden lovers.

“I wanted to inject a natural style of gardening into the landscape at Kilver Court” said Roger, when we first owned the garden there were rows upon rows of corporation roses – these had to go!

One of the first changes to be made in 1996 was to remodel the corporate rose garden, transforming it into the box parterre you see today. Inspired by the gardens of Place des Invalide/Paris and Musee d l’Armee Roger used the distinctive landscaped style to create a unique design for the Parterre at Kilver Court. Neatly clipped low growing box hedging planted in a geometrical formation is filled with an abundance of David Austin Gertrude Jekyll and Blue For You Floribunda roses that scent the whole garden in the summer.

When planning the garden Roger took influences from the great garden designer Gertrude Jekyll, who incorporated strong geometric features with immense drifts of colour formed by shrubs and perennials that made up the herbaceous borders. In the 1990’s Mulberry Home launched a hugely successful Pre-Raphaelite collection based on the colourist herbaceous borders planted at Kilver Court, which Roger created with the help of Nori Pope, who at that time, had the gardens at Hadspen House - now The Newt, Somerset. 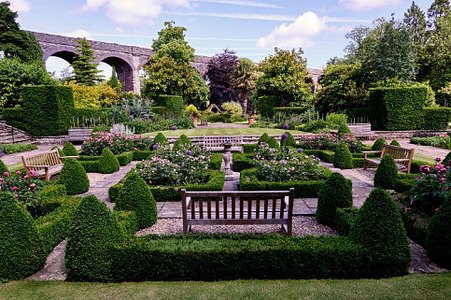